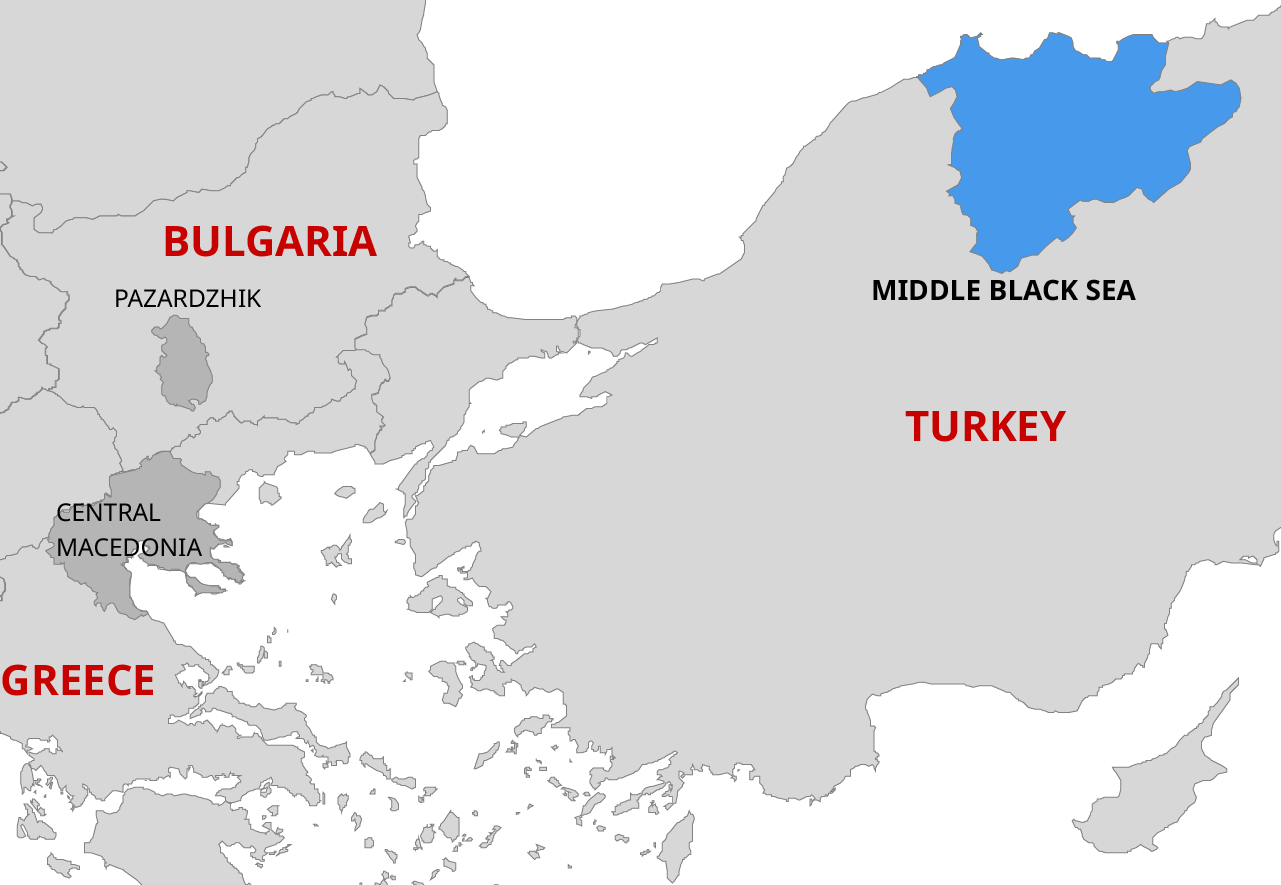 Middle Black Sea Development Agency (OKA) was established by the Council of Ministers’ decision numbered 2008/14306 in November 10th, 2008. OKA was established to transform the local potentials, resources and opportunities of TR 83 NUTS 2 Region to economic, social and cultural assets both in the national and international markets.

OKA provides financial and technical aid to projects and activities making contributions torural and urban development by carrying out the National Development Plan and Regional Development Master Plan (YHGP – 2007) and to pioneer or coordinate the activities strengthening the regional competitiveness. Main objectives of YHGP are to encourage sustainable economic development in the TR83 Region, to increase competitiveness of the enterprises, to support their engagement in external markets, to help them have high technology and qualified work force, to encourage environmentally-conscious technology and production, to be able to adapt to changing conditions.

The supply chain from the farmer to the market, ship or lorry needs further examination but some of the key facts are well known:

The sheer volume of agricultural production (shown overleaf) needs to be analysed in greater depthand used to drive not only rural development but also the development of atleast 100 specialist Food Processing Companies. A ‘hot 100’ to magnetize the ambitions of other less dynamic SMEs.

Across the Region there are a wide-range of fruits and vegetables grown. The Wheat zone is shown in darker colour above. Rice is also famous in parts of the Region. Hazelnuts are still a high-volume crop. Making food production a higher value activity is probably the major task for the Region up to 2030. The role of Agricultural Institutes is vital.

There is a need to economically study and analyse the vast agricultural spread across the TR83 Region. Statistics and values are not known for all the Provinces. Agricultural value is estimated at 9.3bn TL per year. 59% vegetables and fruits; 30% Livestock; and 11% dairy products.

Exports out of the Region are important those agricultural products that leave the region for other countries.

Amasya is among the provinces with high agricultural potential in terms of land availability and plant product diversity. The total area of ​​the province is 570,100 hectares. 254.960 hectares, which corresponds to approximately 45% of this area, consists of agricultural land. It is thought that Amasya can realice its socioeconomic development by providing capital accumulation with tourism and integrated agriculture. Amasya's commercial activities are concentrated on agricultural products. Products such as sugar beet, onion, okra, chick pea, lentil, bean,sugar, sunflower oil, milk and dairy products, eggs, animal feed, flour, citrus fruits are the most important products that are traded within and outside the province.

According to the information obtained from the officials of the Provincial Directorate of Food, Agriculture and Livestock, Amasya cherry, which is also of high quality because it grows in high places, is produced on an area of ​​25 thousand decares. The local cherry is also in demand from many countries. Sixteen thousand tons of 40 thousand tons of cherries produced in Amasya are sent to ten countries, mainly Europe, 2018.

Agriculture has an important place in the economy of Çorum. In the province, approximately 164,449 people in 46,000 farmer families earn a living from this sector. The monetary value of the twelve-month Crop and Animal production of the province in 2016 is 2.644.516.000 TL.

The use of drugs in the world with 3,100 g per hectare, while this rate is 500 grams to 1,500 gramsin Corum in Turkey. Therefore, provincial lands are suitable for organic agriculture in terms of pollution.

The main crops grown in Corum are wheat, barley and rice among the most important inputs of the agricultural industry. The main products grown along side these products are chickpeas, paddy, sugar beet, sunflower for oil, onion, important fruit products such as grapes, apples, walnuts, cherries and vegetable products mainly consumed in the domestic market. In recent years, vegetable cultivation has shifted from open areas to greenhouse areas, and plastic covered greenhouse areas are becoming widespread.

The province Dodurga in Corum district, with fertile soil and microclimate climate is gathering attention in Turkey. With the "Project of Making Çorum Province a Medicinal and Aromatic Plant Production Center", which was supported within the scope of the Guided Project Support of our Agency, production started as of 2019.

Samsun is a centre of attraction for the development of vegetable and fruit growing, field crops, aquaculture and livestock sub-sectors because natural sources such as climate, soil, experience and topography are suitable for production.

Due tothe presence of fertile plains, the vegetable sub-sector is an important agricultural activity that is practiced intensively and requires labour. Samsun is very convenient to grow vegetables under open and covered conditions withits suitable climate structure. Most grown products in this area are vegetables such as pepper, green beans, cucumber, cabbage, leek, eggplant, tomato, pumpkin, watermelon, melon, lettuce, spinach and cauliflower.

In the field of fruit production, dwarf and semi-dwarf fruit gardens, which have beengenerated with suitable varieties in the last years, have started to offerimportant production potential and raw material to fruit exporters and fruitjuice sector. Fruits produced in this area are hazelnut, peach, kiwi, apple,pear, walnut and cherry.

Hazelnutis a main income fort he Carsamba province 5.600 ton/per year of product in 2018. One of the main customer is Ferrero Company.

Samsun is one of the exemplar provinces where organic farming activities are carried out in cooperation with the public, private sector and producers unions. Creation of "Ecological Life Planning and Coordination Board” and establishment of 100% ecological market studies carried out in Turkey. As of 2017, the number of farmers making organic produce is 1.559 people, the organic plant production area is 5.304 hectares, and the organic herbal production amount is 16.785 tons in Samsun.

In therecent years, with the lifting of some legal ban, hemp production in Turkey hascame to the fore again. With the new legal regulations 19 provinces weredesignated for hemp production.Samsun is one of these provinces. The Vezirköprüdistrict of Samsun is planned to be the start of hemp production like in the past.

With the facilitiesestablished by the public and private sectors in Tokat, the industry based on agriculture has developed. There are enterprises that utilize the quality agricultural products obtained from the fertile agricultural lands in the province. Founded in 1934 as Turkey's first sugar Located Turhal sugar factory in the factory, established in 1958, Turkey's first fruit juice producer and Turkey Dimes, one of the top 500 companies, is an important actor in the city's industrialization process. The Gaziosmanpasa University Faculty of Agriculture is one of the know-how in the region. The Transition Zone of Tokat Agriculture is on of the main research centers in Tokat too.

The food industry sector, which has the highest number of businesses in the province, is the third sector that provides most of the employment. Food industry enterprisesare concentrated in Turhal, Merkez, Zile and Niksar provincies.

The sector's share is 73% export in the province. In 2016, businesses operating in the sector exported $ 12,798,245. Exported products are fruit juice, walnuts, dairy products, leaves, molasses, sugar, flour and pulses.