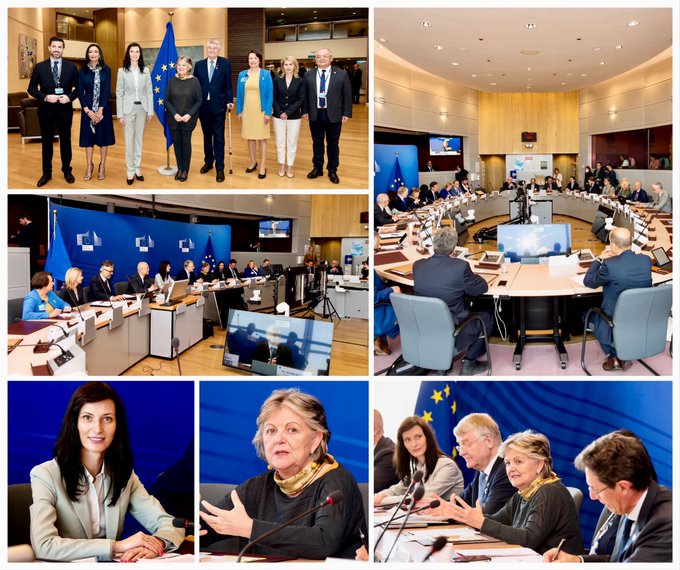 The Commission announced in May the 63 regions, 7 cities and 4 Member States selected in the pilot project for Partnerships for Regional Innovation (PRI), an initiative developed together with the Committee of the Regions. Several regions and associated members of our Thematic Partnership will participate in this initiative, for instance, our Finnish regions (Oulu, Satakunta, South Ostrobothnia and South Savo), Pays de la Loire, West Holland, Emilia Romagna, Friuli Venezia Giulia, Andalusia, Extremadura, Basque Country, Aragón and Cork.

Participants in the pilot action are open to share good practices and to co-develop and test tools to mobilise multiple sources of funding and policies, and connect regional and national programmes to EU initiatives for the green and digital transformations. These Partnerships will feed into the new Innovation Agenda for Europe, where innovation drives the transformation for sustainability, connecting local strategies with EU-level initiatives.

The call has attracted a wide representation of the EU innovation ecosystem, ranging from Member States such as Slovakia participating at national level and a broad variety of EU regions, as previously mentioned among others.

The call has also triggered a bottom-up collaboration and networking process, already bringing together many participants as part of multi-region networks. This includes, for example, the Baltic Sea region, the Bioregions facility and an expanded Cities 4.0 Consortium (Leuven, Bologna Turku) involving also Eindhoven (NL), Espoo (FI) and Cluj-Napoca (RO).

The PRI Playbook and Pilot Action

The main reference document underpinning the Partnerships for Regional Innovation - PRI Pilot Action is the "PRI Playbook", developed by the JRC-European Commission with the support of a Scientific Committee of recognised experts. The initial edition of the PRI Playbook includes proven tools, inspired by leading innovation policy practice across Europe and the world. Over the course of the pilot, the tools will be further improved, adapted and tested against the realities of European regions and Member States. The PRI Playbook is aimed at inspiring all levels of government to better leverage policies for innovation, including in domains outside the traditional remit of research and innovation policy.

The JRC will support the pilot and work closely with regions and Member States to co-develop the Playbook, linking participants to appropriate in-house or external expertise, developing relevant policy intelligence, documenting and disseminating broader lessons. The Pilot will also be supported by the dedicated Scientific Committee and other relevant experts.

Activities under the Pilot Action will be tailored to the areas of most interest for each participant. They can include:

Working on the coordination of Traceability & Big Data

Andalusia and Emilia Romagna, as leader and co-leader regions, met to organise the next Technical Meeting of the Platform.

Organized by CLUST-ER and Parco Agroalimentare FVG in the framework of the CREDAS project, the event presented five cases promoting digital and green transition of European agrifood SMEs.