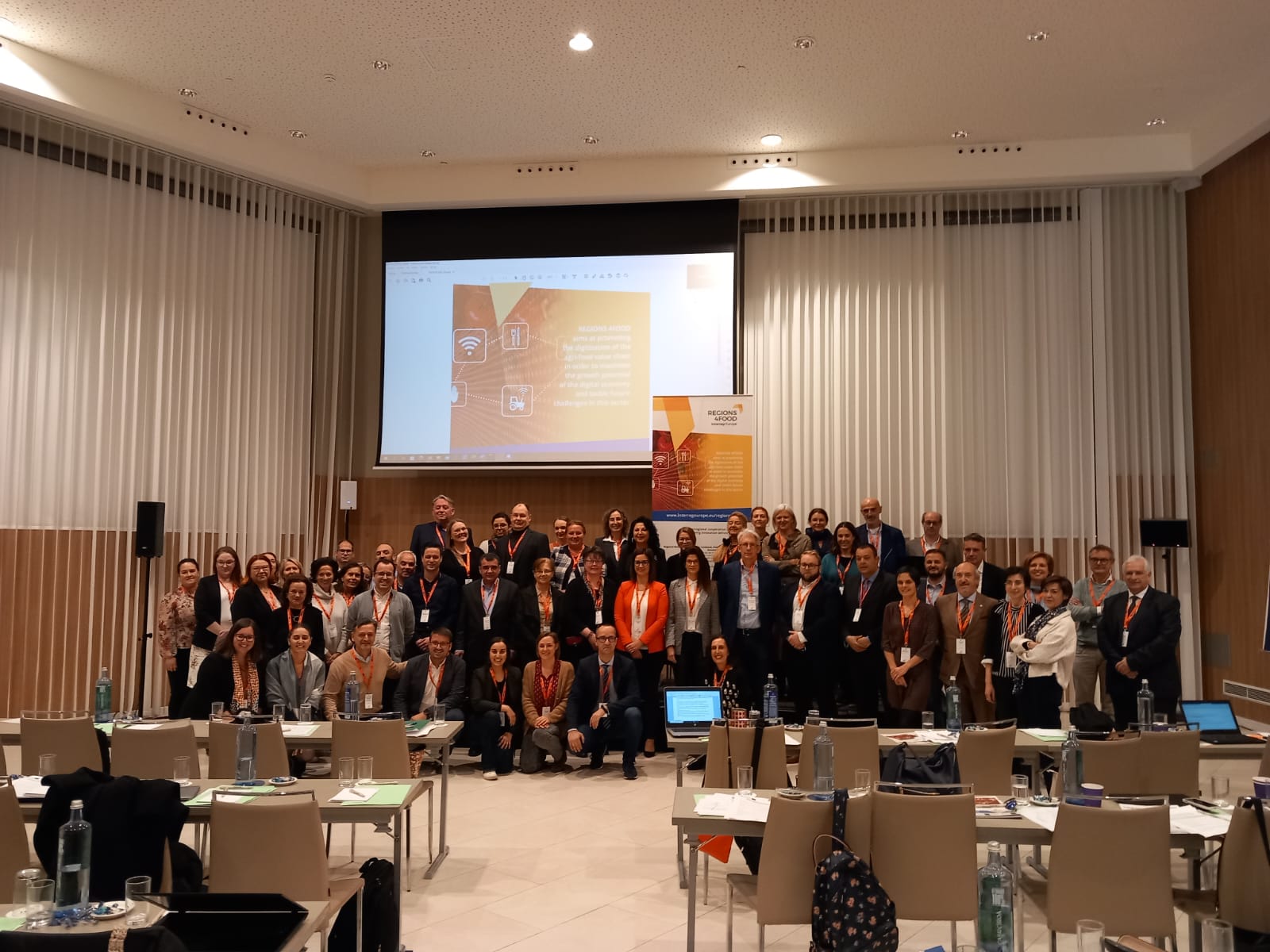 Representatives from the 7 participant regions in the Interreg Europe project, Regions 4Food, met in Malaga on 29th of November. The main objective of the event was to take stock of results and achievements of the project regarding the contribution to the digitisation of the agrifood value chain through the impulse of policy strategies.

More than 50 people, including project partners and stakeholders from participant regions attended the event which was facilitated by Cecilia Gañán de Molina, European Commission Expert on regional and urban policies.

After the official welcome of the Andalusian authorities, three key-note speeches were done about: regional S3 ecosystems in the current European policy framework, done by Cecilia Gañán de Molina; clusters supporting agrifood innovation by Kristina Sermuksnyte-Alesiuniene (CEO of Agrifood Lithuania Cluster and awarded as European Cluster Manager of the year 2022); and the Interreg Europe state of play by Kristaps Ročāns (Project Manager for the Interreg Europe Program Joint Secretariat).

Esperanza Perea Acosta, project coordinator of Regions 4Food, was in charge of sharing the main outcomes of the project and presenting a video with the project partners’ view on learnings and the impact in the 7 regions.

During the event, 3 interesting panels covered the different best practices identified during the project:

Additionally to the 3 panels of best practices, another one was done regarding the policy recommendations extended by the project. The regional representatives spoke about the expected implementation through the regional action plans.

The event finished with the closing remarks which included new project proposals and new collaborations and the final wrap up done by the lead region.

The day after, 30th of November, the final Steering Committee of Regions 4Food was also celebrated.

The PRIMA Secretariat organised an Info Day presenting calls topics, rules of participation and steps to apply for.

The event informed to potential applicants about the call for proposals stemming from the I3 Instrument - Strand 2b, about Capacity Building in Less Developed Regions.

The Traceability & Big Data experience on raising funds was shared.