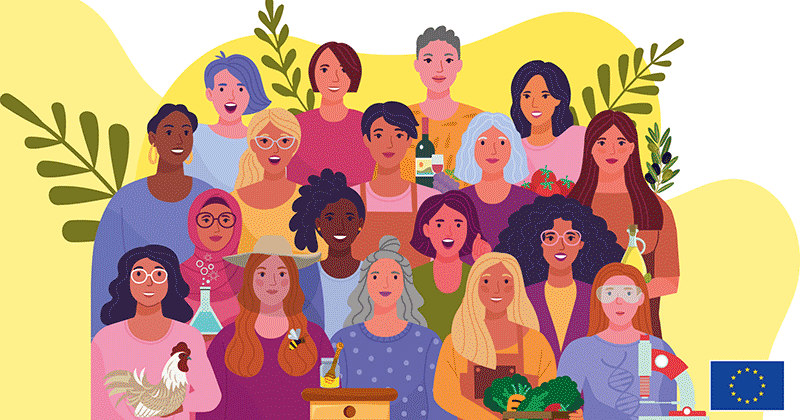 Last 15 October, we celebrated the International Day of Rural Women instituted by the United Nations, this year with the focus on “Rural Women Cultivating Good Food for All”.

Rural women are considered as a key aspect to fight against poverty around the world, as stated by the United Nations, being also crucial when talking about fixing population to rural territories. However, there is still a great gap between men and women in terms of salary, access to resources, loans and credits, decision-making positions or even land property.

The European Union tries to contribute to reduce this gap through the different policies and programmes, such as the former Horizon 2020 and now Horizon Europe where the projects are asked to work on the gender gap in their own scope.

In this sense, SmartAgriHubs together with DEMETER co-organized a special event to discuss gender in agritech. It was held via Zoom and counted on members from agritech projects such as DEMETER, SmartAgriHubs, FAIRshare, Innoseta, and also representatives from the European Commission and The Institute for European Environmental Policy.

The speakers discussed their experiences working in agritech, the problem of attracting women to the sector and the specific challenges in reaching gender equality in this key European sector.

If you are interested in having a look to the event, you can access the recording at:

Their partners go for addressing the digitalisation of the agrifood value chain as a whole.

This is designed to position Europe as a leading player on the global innovation scene.

The future Partnership Agriculture of Data moves forward its creation

The future Partnership of Horizon Europe has organized a series of webinars to set its key topics Research & Innovation.